The facade is the face of a building and the first thing you notice about it. In 2012, Baumit introduced “Life” Europe's largest facade color palette, and imagination, skills and colors led to the idea of raising awareness of architecture and good facade design. That's how the Baumit Life Challenge came about - a competition that awards the best Baumit facades in Europe every other year.

The Baumit Life Challenge is a competition that awards the best Baumit facades in Europe every other year. This year, the competition will be held in the country that won last year - Spain, in the city of Valencia, on May 14, 2020.

All projects are evaluated by an expert jury that will select the candidates for the final event in Valencia, but in addition to the expert jury's assessment, on February 7, a public online vote was also approved through which a wider audience can select their favorites and thus award the audience with a “Public Voting Winner”.

At this year's Baumit Life Challenge, 10 objects from Serbia are competing, and one of them has attracted the attention of the audience! This is the M3 Project from Belgrade, which is currently, by the number of audiences votes from all countries, in the first place in its category - Thermal Renewal.

The M3 Project is the story of a time house in Belgrade whose garage was originally rented to house its peer - the famous Fiat Cinquecento, better known as the Fiat 500. Years later, it was transformed into the modern home of several old timers and their owners. This spring, at the Baumit Life Challenge competition in Valencia, the M3 is competing in the category - Thermal Renewal.

M3 is today a luxurious office building with a total area of 492 sqm, located in a busy street on Voždovac. The front of the house is decorated with large glass surfaces, as well as 12 wooden blinds made of Siberian larch, which with their various settings form a large number of variations in the appearance of the facade. As French balconies face the street, four terraces look out into the back yard, and like a hidden gem, a rooftop pool is lounging on the roof, overlooking the entire city.

The advantage of this business facility is its flexible interior, which is adaptable to the tenant's requirements.

And if you are interested in the fact that your team enjoys the benefits of such a business space, call us on +381 60 07 19 266 or send us email at welcome@westproperties.rs and our agents will contact you shortly.

ATRIA Residence: How the works are progressing (November 2020)

At the construction site of the ATRIA Residence, residential project in Zvezdara, excavations have been completed and work on the foundation slab has begun. The works on the construction of the facil...

We are expanding the team: We are looking for real estate agents 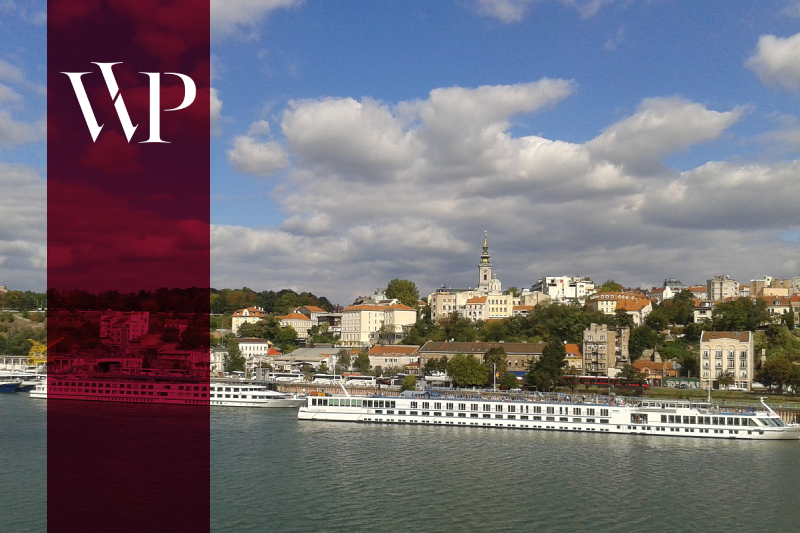 Belgrade is the capital of Serbia, but also the main construction center. The city center appears to be unreachable due to the lack of adequate modern and high quality office space, poor infrastructur...